Seeing 2015 Through the Lens, Part Two 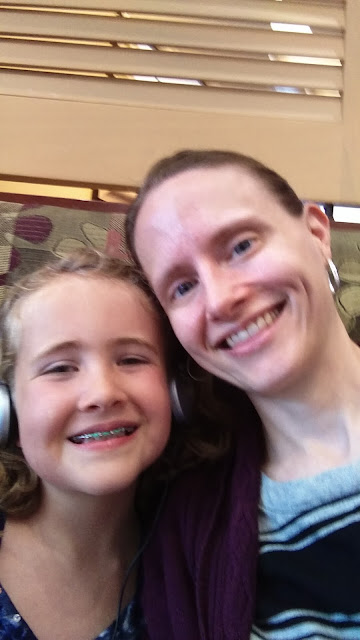 July.  Every July, we visit my family in Michigan for about two weeks.  One of the highlights of the trip was taking my niece on Panera dates.  I had work to do for Austin Writing Shop, so I asked her to pack some stuff she wanted to work on, and we enjoyed several afternoons doing our thing together.  This photo is a little blurry, but I love it so much. 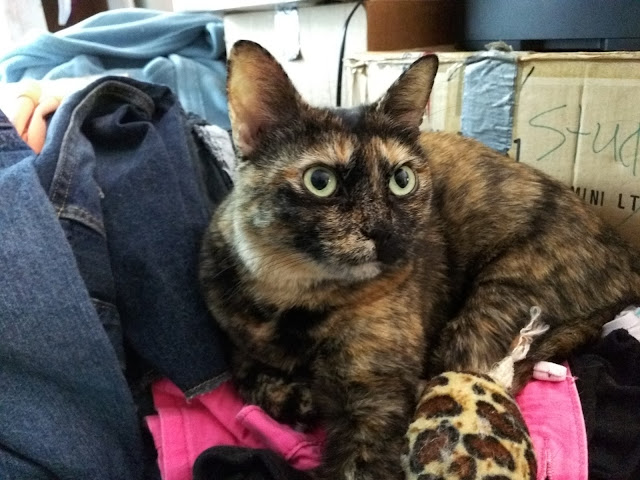 August.  Guys, meet Tooti.  Tooti is a beautiful cat who lives with Paul's sister and her family in Houston.  In August, Paul spent three weeks in Houston, mannying for the kids and doing various jobs around the house.  I visited the gang on weekends.  Those drives between Austin and Houston happen to be some of my first solo long-distance drives!  This is what happens when you don't get your driver's license until you are 32. 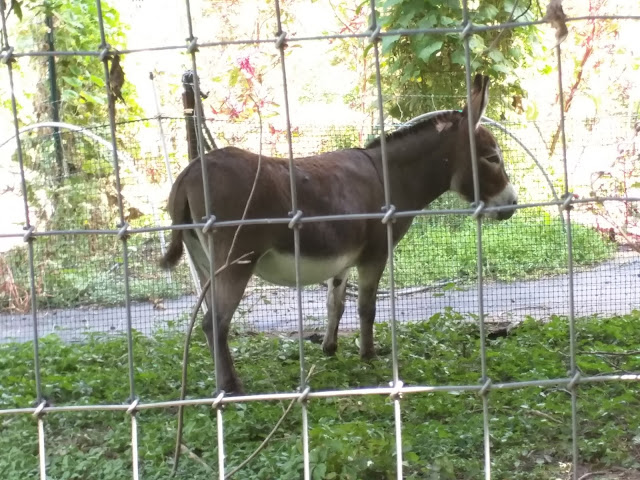 September.  One day in September, I decided to ride my bike through east Austin to the bank and back.  I came across this urban farm, where they had the most adorable donkeys!  Love! 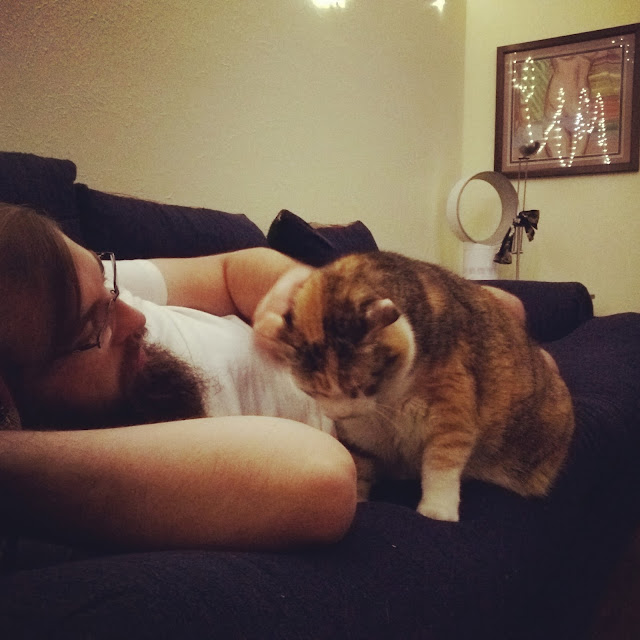 October.  Here are Paul and Lu together on the couch.  They have a special relationship, which completely melts my heart.  In a lot of ways, Lu is really my cat--I do the bulk of the work to take care of her.  But it's important to me that Paul and Lu bond, so I love seeing them together. 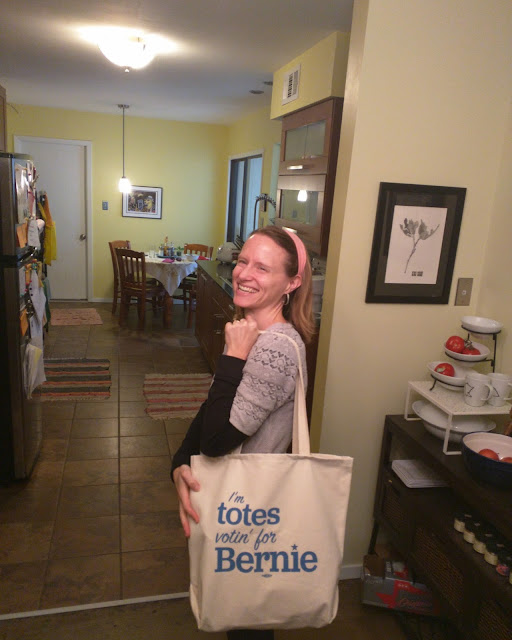 November.  Here I am with my (then) brand-new Bernie bag!  In many ways, the Democratic primary really dominated my thoughts during the second half of 2015 (and into 2016, too).  It marked my pdolitical awakening as something more than vaguely environmentalist/socialist/man, Texas politics are terrible/I'm definitely not voting for Ted Cruz!  I should probably write a separate post about where I am now, politically speaking, but suffice to say that I loved my new bag (which was my birthday present to myself). 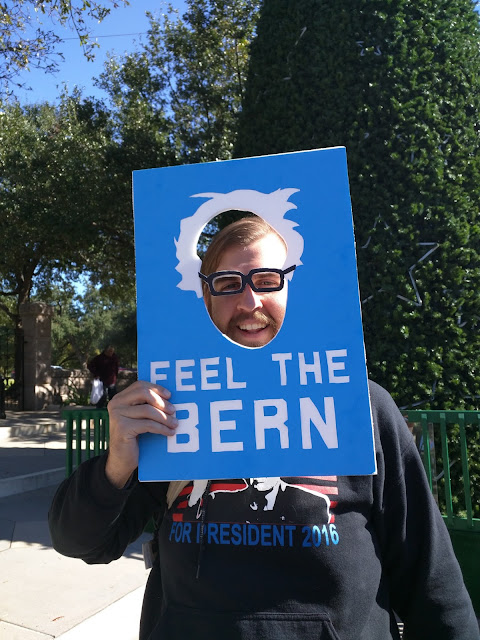 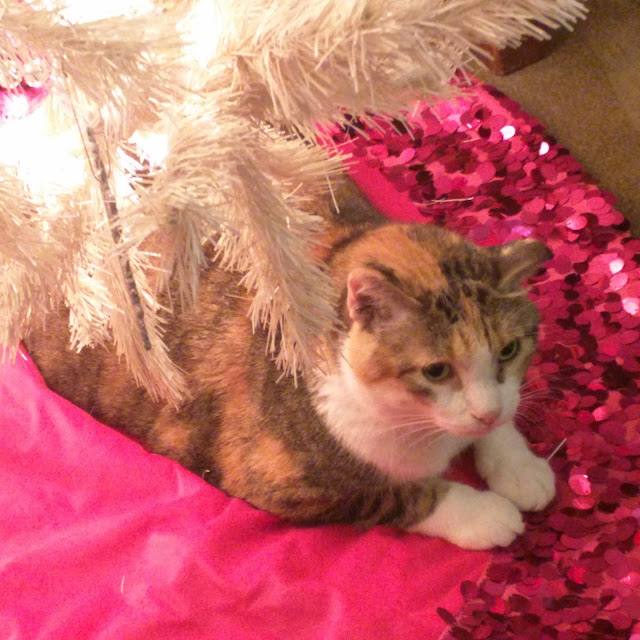 December.  Oh, once again, I couldn't help myself.  I couldn't pick just one photo for the last month in this post, so here are two favorites.  The first one is Paul with someone's fun Bernie sign.  We must have been at a rally or a protest--I can't even remember what or where--and he posed for me with the sign.  We love Bernie so much.

The second photo is Lu underneath Courtney's Christmas tree.  Isn't she the cutest?

Now that it's 2017, I can see that 2015 was a year of gearing up for what would be a very big year in our lives.  In 2015, I finished my first academic year of freelance tutoring.  Paul and I got engaged.  We immediately got involved with the Bernie Sanders presidential campaign.  All of those things would carry over into 2016 in big ways, which underlines how arbitrary time can feel.