This move, from Chicago to Texas, is terrifying.  Here I am, gutting my life so that I can start over in a new place, for a job that I hope is better than my old one.  I’m about to put 900 miles between me and my life in Chicago.  Right now, sitting among the boxes, that seems really dumb.

I know, I know: I could have tried to stay in Chicago.  I even thought about it when the Chicago Teaching Fellows program looked awfully good to me, but last winter devastated me.  I need a few years away from Midwestern winters.  Right this moment, with a September wind blowing through my window and a tree rustling behind me, casting leafy shadows on the wooden floor, it’s hard for me to remember last winter as more than a vaguely unpleasant time.  But I know it happened.  I was there.  Still, I can’t seem to conjure up the visceral memory that would help chase away the awful sadness that follows me around now.  People keep asking if I’m excited about moving, about Texas, about my new job, and the truth is that I’m too sad about leaving to be excited about anything.  Even thinking about Matt, whom I will see in about two weeks, is not lifting me out of my funk.

Saying good-bye is hard.  That’s just the way it is.

But moving is probably easier than saying good-bye.  Moving isn’t all bad.  In its own way, it’s kind of liberating, an excuse to shed some of the old stuff.  A move such as mine is an exercise in minimalism.  Consider this: the movers will arrive on Tuesday to pack most of my belongings into a truck.  Then they will drive away, leaving only what I can carry with me.  I will be living out of suitcases for up to ten days, six of which will be spent in Texas in my unfurnished apartment.  During that time, I’ll be cooking with a chef’s knife, a cutting mat, a mixing bowl, a wooden spoon, measuring cups and spoons, a tiny pot, a skillet, and my favorite roasting pan.  That’s it.  I’m bringing with me a bowl, a plate, a cup, a mug, and some flatware.  It seems totally wrong, but I’m excited about this stripped-down approach to cooking.  The meals will be easy and simple.  The meals, in fact, may look a lot like the meals I’ve eaten in the last three days.  That’s not a bad thing at all!

I have, for example, rediscovered the goodness that is ants on a log.  Why else would celery exist other than to serve as an edible vehicle for raisins and peanut butter?  On Saturday, I made a big pot of red lentil soup, adapted from a recipe in the new issue of Vegetarian Times, to fuel my belly through multiple days of packing.  But the best moving food I ate was with someone whom I wish I could pack into a box and take with me to Texas.  It was with Ammie.

It takes a brave woman to volunteer to help pack a kitchen, but Ammie is brave and kind and very entertaining while she rolls drinking glasses in bubble wrap.  She came over on Saturday night and gave me an excuse to abandon the boxes for a bit while we walked over to Whole Foods to pick up some lettuce.  After catching a glimpse of the sunset, we made a simple dinner of salad and roasted chickpeas followed by squares of chocolate for dessert.  I’ve already told you about the salad—my very favorite salad ever—and you hardly need a recipe for eating a chocolate bar straight out of the package.  But those chickpeas are something special, and they taste best when shared.

I was a skeptic about roasted chickpeas, as they sound odd to me.  Why would I want to eat hard chickpeas?  But roasting crisps a chickpea into a delectable little morsel with a crunchy outside coat hiding a soft, creamy nugget.  I like to season my roasted chickpeas with smoked paprika and cumin, which infuses them with a rich smoky flavor.  They are addictively good and very, very simple—something that every recipe should strive to be.  Ammie loved them too—maybe they’ll be a candidate recipe for her next cookbook?  A cowgirl can only dream of such glory.

I’ll see you in Texas, friends.

Adapted from this recipe on Sweet Amandine

The only downside to these roasted chickpeas is that they are at their best when hot out of the oven.  Once they cool, they lose that awesome crunchy texture and become mushy.  They still taste good, but the texture is what makes these chickpeas most memorable.  I’ve made them a bunch of times just for me because I love them, but I think the best solution is to share them while they’re fragrant with spice and oven heat.  Either way, this recipe is a good reason to always keep a can of chickpeas in the cupboard.

1 15-oz. can chickpeas, drained and rinsed

A few grinds of pepper

2)  Dump the chickpeas into a mixing bowl and toss them with 1 tbsp. olive oil.  Add the spices, salt, and pepper, and mix well.

4)  Remove the chickpeas from the oven and pour into the oily mixing bowl.  Add the remaining 1 tbsp. of oil, toss well, and serve.

Oh Rose-Anne... You just made me tear up. I'm going to miss you so much! I'll help you pack up your kitchen anyday.
And naturally those chickpeas will be in my next cookbook! Friend recipes are absolutely the best.

ooh, i tried the pb boy's roasted chickpeas and they were a different treat! these sound delightful as well... and i'm with you re: ants on a log. minimalism, i like it. i'm challenging myself to use up what i have... my "pantry" has become quite the hoarder ;)

I get ants on a log all the time for lunch. We always use golden raisins though. MMMMMMMMMM

Ammie, I am going to miss you too! You've been a great friend to me and you are irreplaceable. But at least we have our blogs ;-) And the chickpeas will be delighted to appear in your next cookbook!

Shannon, I'll have to hop on over to the Peanut Butter Boy to check out his recipe! I admit that I'm going to be hard-pressed to try a different recipe because I really love this one. That smoked paprika is just insanely good.

JD, ants on a log! They're the best! I can't believe I've spent years without them and now I want to eat them every day. I've got a bag of mixed raisins that include golden raisins...mmm indeed! But are they as good as the hobo bread at Eastern Market? That stuff was awesome.

wow! fantastic! thank you so much for sharing! i found you by accident (via a comment you made on Elusive Onions) and now i am hooked! 3 cheers for blogs!

Hi, Sheron! Welcome! It's nice to have you here. A fun aside: Laurie (of Elusive Onions) and I met through a blog, too. Our blogs were both featured on Slow Blogs, and I just couldn't resist a blog called Elusive Onions, as I am an onion-lover. Fun, no? 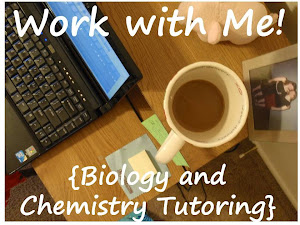 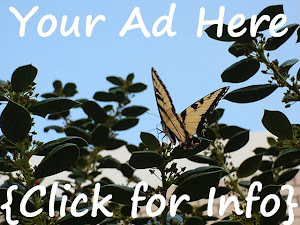